Except for the known former colonies, the Dutch had for a shorter or longer period numerous possessions around the world for trading. Elmina is situated on the west coast of Africa, Gold Coast, nowadays in Ghana.

The castle Elmina is the oldest brick building in Africa south of the Sahara. Built by Portuguese and taken over by the Dutch West Indian Company in 1637. It was a trade center (mainly gold trade) and remained Dutch till 1872 when it was taken over by the British. 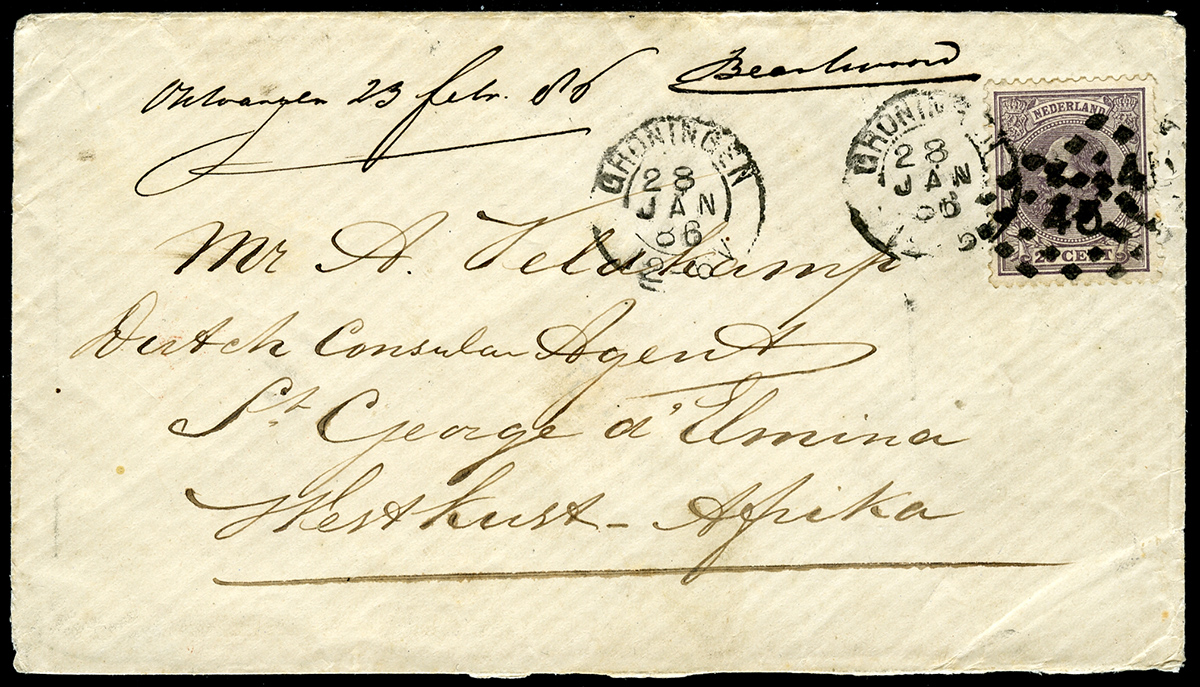 The shown letter is addressed to the Dutch Consular Agent in Elmina, so after the time of Dutch possession, but it shows there still were trade contacts.