Yes, indeed, this ‘spoorwegbriefkaart’ (railway company postcard) is certainly over franked. In general, at exhibitions, a maximum of half a cent overfranking is tolerated. Does this mean this card cannot be adopted into your collection? I don’t think so.

The postcard, 1929, issued by the Dutch State Railways ‘Nederlandsche Spoorwegen’ (with sch and nowadays Nederlandse) is pre-stamped with a three cent stamp type Lebeau. This was rate for local postage. Normally these spoorwegbriefkaarten were issued with the rate for a local postcard as almost all were send locally. 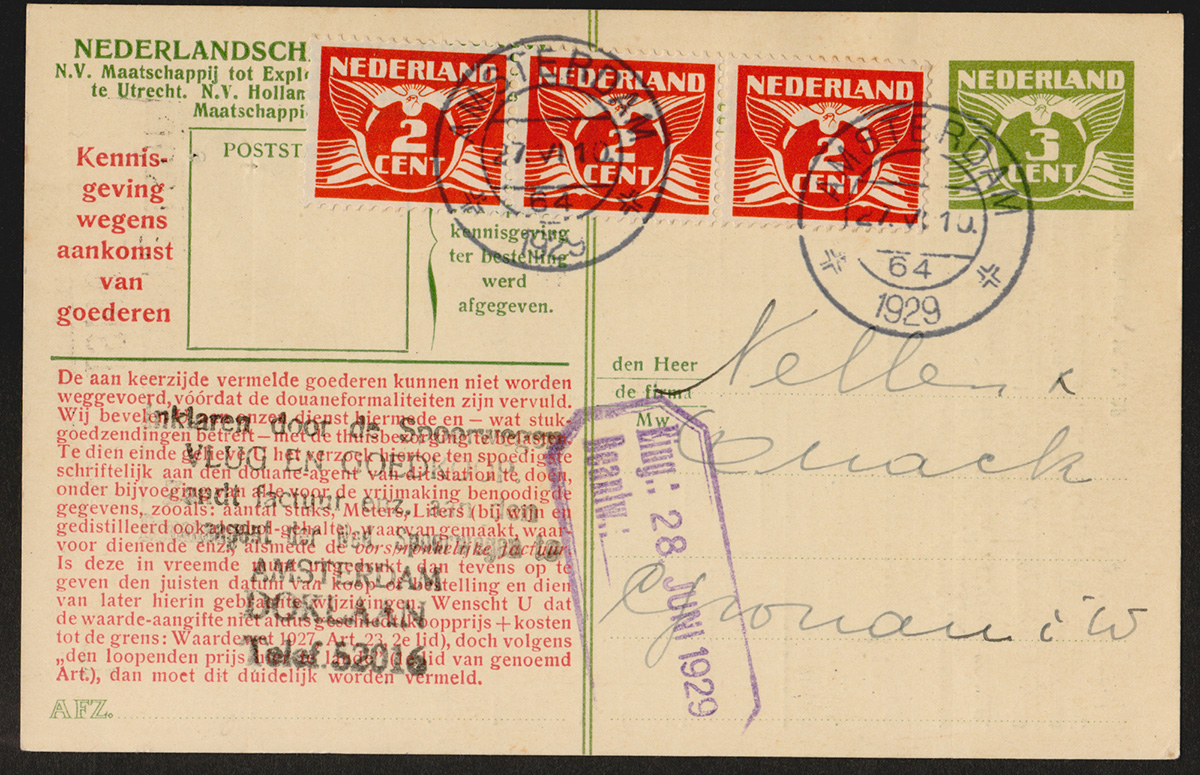 From time to time one had to send the card outside the local area, but quit seldom. For that reason, the cargo office of the railway company – who was sending out those cards to let the addressee know that the goods had arrived – had some additional stamps to meet the rate for an inland postcard. That was 5c, so an additional stamp of 2 cent was sufficient. 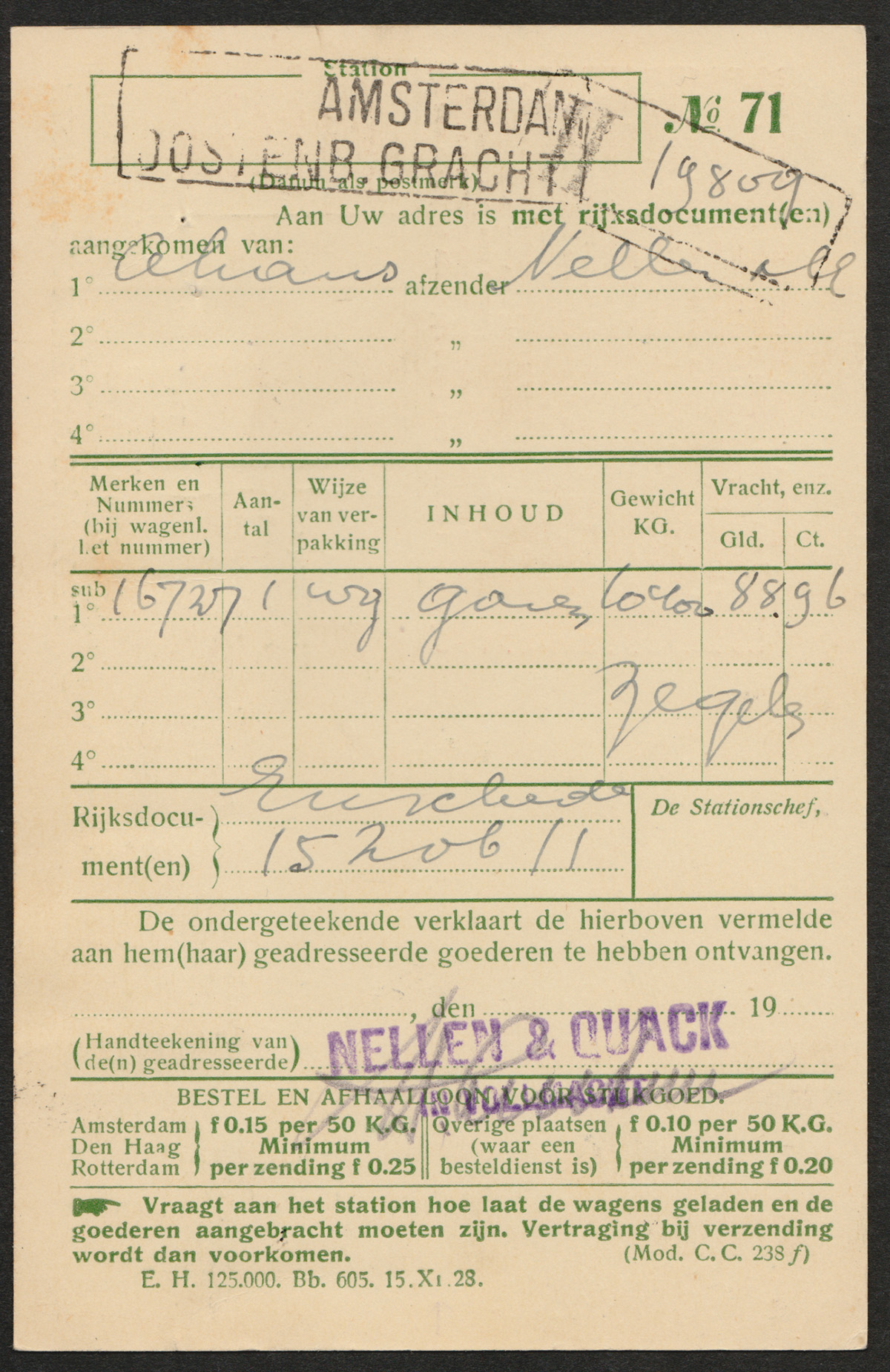 Extremely rarely a spoorwegbriefkaart had to be send abroad, like this card from from Amsterdam (cargo station Oostenburgergracht) to Gronau in Germany. Of course it was unpractical, inefficient and too time consuming to go to the post office and to buy the appropriate stamps. The rate for a postcard abroad was 7½ cent, so the clerk glued the sufficient amount of stamps which was in the office. This means the card has been overfranked with 2½ cent. But in this case, is this such a drama?