The postal system of the Caribbean Netherlands was then managed by the postal company “De nieuwe Post” based in Curaçao. Losing money, this company wanted to end its service and a new company “Flamingo Express Dutch Caribbean N.V.” (or “FXDC”) was established to ensure that postal service on these three islands from January 1, 2014. 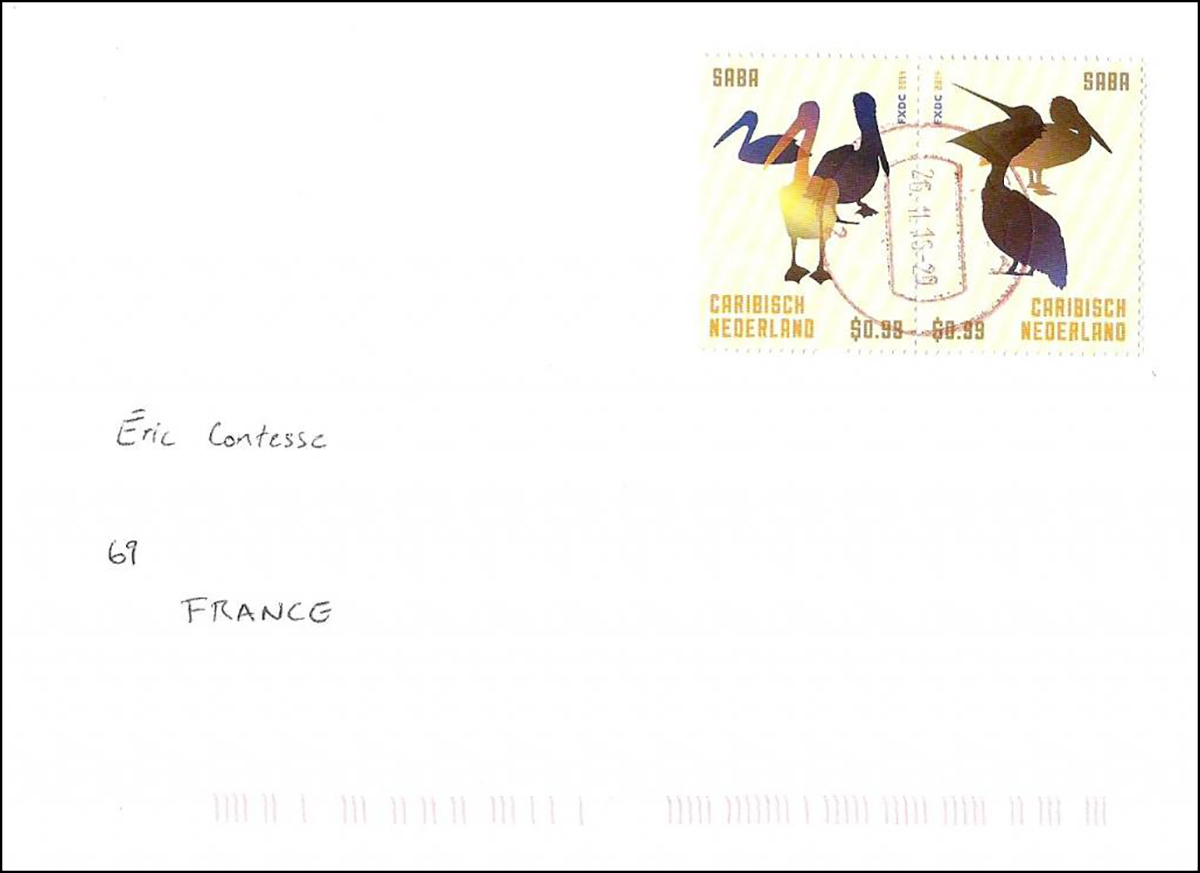 Following this change, the first specific stamps to each island have been issued from October 10, 2014 marked “Caribisch Nederland” but also the name of the island concerned. Each island has in particular issued a souvenir sheet (five $ 0.99 stamps) entitled “Mooi Nederland Caribisch” devoted to birds : Greater flamingo in Bonaire, Brown pelican in Saba and a hummingbird in St Eustatius. Two stamps of this Saba’s souvenir sheet were used to frank this cover above sent on February 26, 2016. Thank you so much Tristan! I do not know if these new stamps with Bonaire or St Eustatius mentions can however be used in Saba and vice versa?