On October 10, 2010, the first stamps with the mention “Caribisch Nederland” were issued, valid on the territory of the three islands. The postal system of the Caribbean Netherlands was then managed by the postal company “De nieuwe Post” based in Curaçao. Losing money, this company wanted to end its service and a new company “Flamingo Express Dutch Caribbean N.V.” (or “FXDC”) was established to ensure that postal service on these three islands from January 1, 2014. 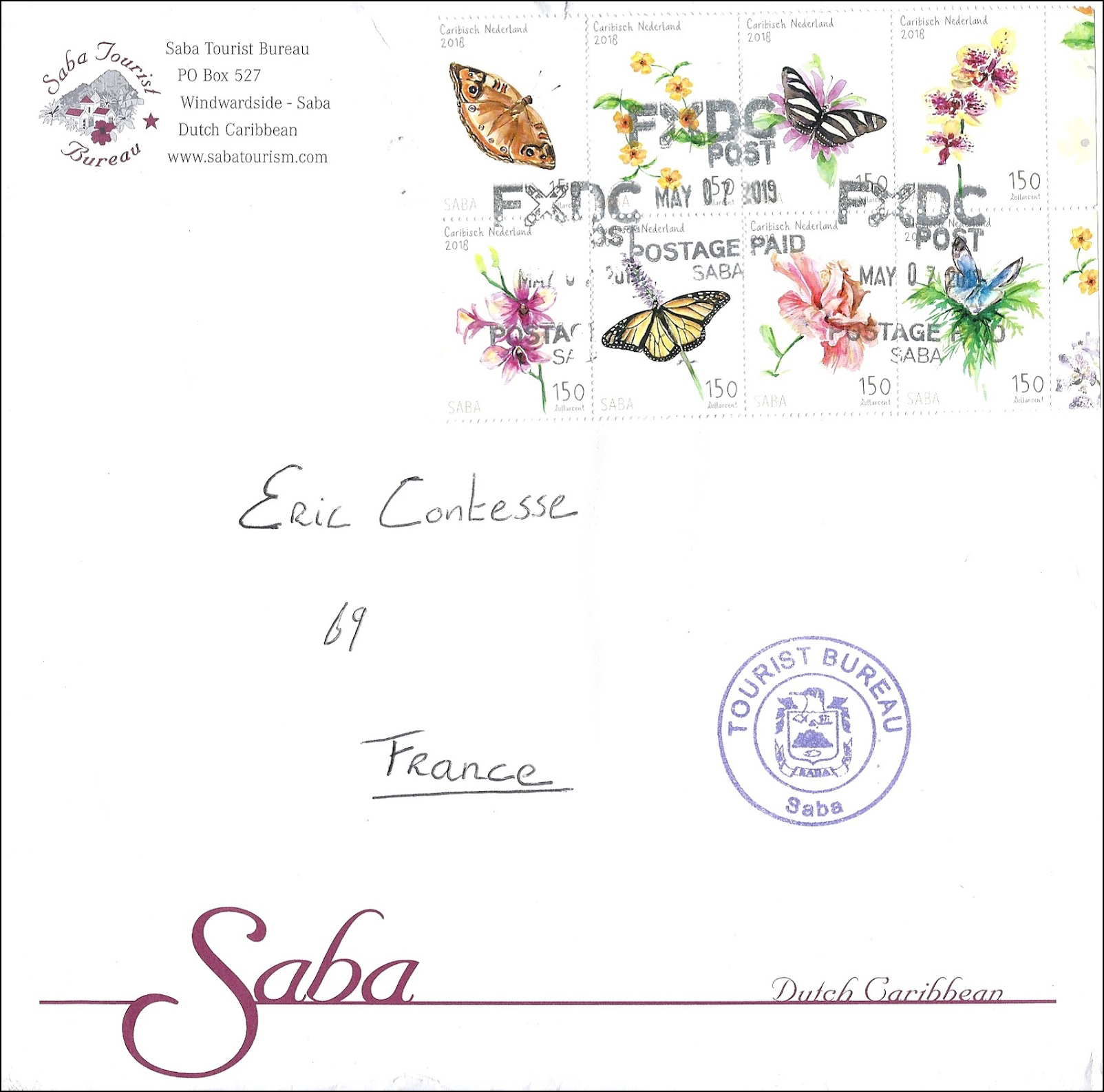 Following this change, the first specific stamps to each island have been issued from October 10, 2014 marked “Caribisch Nederland” but also the name of the island concerned. On July 20, 2018, each island issued in particular a souvenir sheet (8 $1.50 stamps + 2 vignettes) designed by the Dutch illustrator Michelle Dujardin (the author of the EUROPA 2019 set issued by the Netherlands ) with the theme of hummingbirds (St Eustatius), windsurfing (Bonaire) and butterflies and flowers (Saba). The 8 stamps of the souvenir sheet from Saba were used on this nice letter sent on May 7, 2019 by the local tourist bureau. To note these postmarks with mention “FXDC Post – Postage Paid – Saba”.

Too bad the names of the 4 butterflies and 4 flowers featured here are not mentioned on the stamps, it seems to me especially to recognize the Monarch butterfly (Danaus plexippus) or the Black-eyed Susan vine (Thunbergia alata), considered as the national flower of Saba.