A postcard sent from Paris on August 8th 1924 with destination Groningen is depicted. On arrival it turned out that the addressee did not live in the Netherlands but in the Dutch East Indies. The postcard was forwarded to Palembang where it arrived September 26th 1924 without any additional taxation. Question is on which instructions this was based.

Although there is quite a difference in distance between Paris-Groningen (600 km) and Paris-Palembang (11.000 km) the international postcard rate was the same. Between April 1st 1924 and July 16th 1925 the rate from France was 45 centimes for a card with more than 5 words: both destinations belong to countries that were members of the Universal Postal Union (UPU). 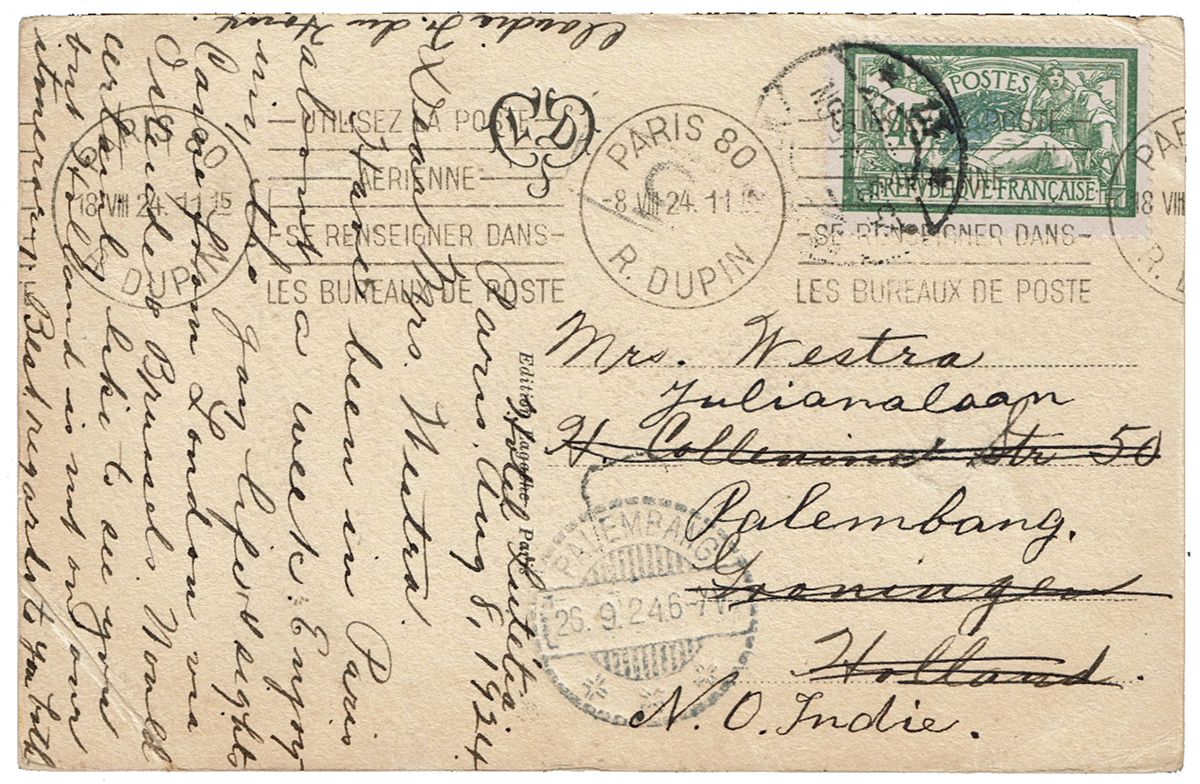 So the question regarding the rate applied here concentrates on the costs of forwarding. For the exact rules we have to go back to the source: the conference proceedings of the UPU and the conventions that were made at these conferences. The report of the conference of Paris (1878) tells us that article XX of the postal treaty should be read as follows from now on:

Hereafter article XX gives further comments about how and when extra postage may/must be levied, for example when there was no franking or when the franking was insufficient, which was not the case with our card.

The UPU Madrid convention (1920) which was applicable at the time this card was mailed, has the same provisions as the treaty of 1878: all mail correctly franked and sent to a destination within the Union could be redirected without additional costs to another destination as long as it was a destination within the UPU-area. The detailed regulations made up in Madrid tell us in article XXVI, paragraph 5: “Missent correspondence of all kinds is reforwarded without delay, by the quickest route, to destination”.

View all posts by Edwin Voerman →