After the Dutch East Indies became independent Indonesia in 1949, there remained several disputes unresolved between the new republic and the Netherlands. One of them was the gigantic province of New Guinea which equals Poland in size and which landmass is about 8 times larger than the Netherlands. Nevertheless, in 1949 there existed little to no Dutch colonial activity as it was never deemed profitable for proper cultivation. Besides, the Netherlands only barely started exploiting the enormous amount of natural resources on Sumatra and Borneo in the 1930s.

In short: there was no real interest in New Guinea, apart from some colonial internment/concentration camps for Indonesian / Communist independence activists from 1926 onward. The local tribes which inhabited this large island mainly covered by tropical forest remained undisturbed.

This all changed in 1949 when Indonesia became independent. To ratify its independence the Netherlands had to agree politically on the the issue. This turned out to be quite a difficult matter. After two years of war against the independence movement the Netherlands was forced by the U.S.A. to settle the dispute. So shortly after WOII, the Netherlands was heavily depended upon the states for financial aid and supplies. More than 50% of the Dutch population held a negative opinion about an independent ‘Indië’. 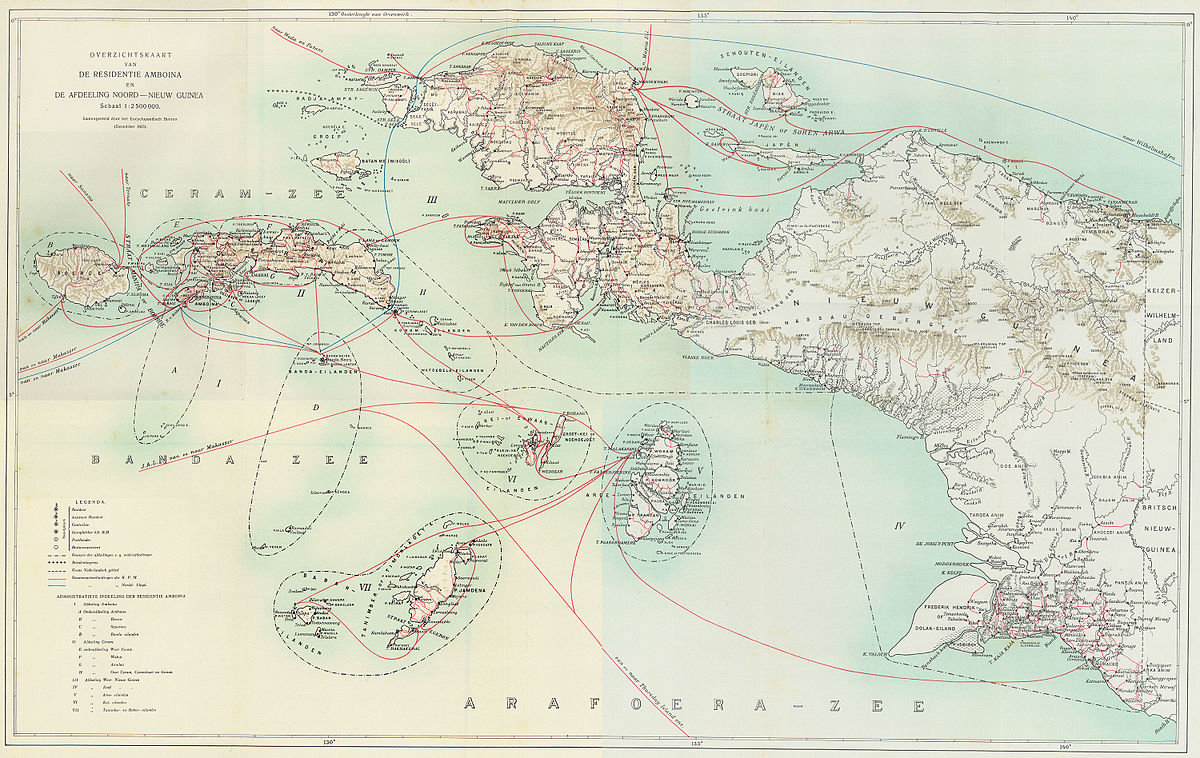 This attitude created a major dilemma: it proved to be struggle to find a majority in the 2nd Chamber (Dutch lower house) to ratify the independence treaty. Moreover, Sukarno’s highly dubious position regarding his collaboration with the Japanese during WOII created many additional problems for the then ruling PvdA to ‘sell’ this deal to the Dutch people. To cope with this political problem the PvdA proposed an unilateral addendum to the treaty: that the Dutch could retain control over New Guinea for the time being. This made it possible for the PvdA to get a majority in the 2nd and 1st Chambers and it softened the loss of the ’emerald girdle’, a cognomen Multatuli once devised to describe the ‘Oost’. 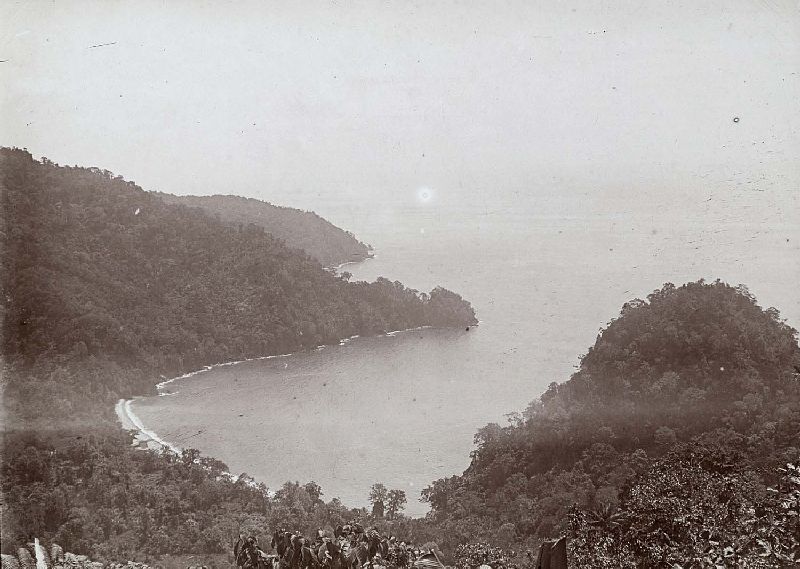 Of course this ‘addendum’ was a major blow for Sukarno, but he grudgingly accepted: he probably reasoned that it was now or never for his independent Indonesia. As stated above already, New Guinea was deemed uncultivated, inhospitable and wild in Dutch eyes. Sukarno likely reasoned the same: the vast country was of no necessity for the young republic at the moment and more importantly, there lived little to none Indonesians.

The old colonizer happily proclaimed ‘Netherlands New Guinea’ as their new colony and transported a small army of dignitaries, officials and soldiers to its new capital which was known as Hollandia and was situated close to the border of Australian territory of Papua and New Guinea. During the early 1950s Australian became a friend of the Dutch regime since it feared a communist led Indonesia bordering its province. Strengthened by this newly gained trust from Western allies, the Dutch government put the idea of handing New Guinea over to Indonesia in the ‘refrigerator’ as we say in Holland. We shelved the plan.

Sukarno felt obviously belittled over the matter and raised the stakes: he expelled Dutch Indonesians, attacked the Moluccans in 1950 and threatened to stop trade with its former colonizer. From 1957 onward relations between the two countries grew even worse: strikes in Dutch factories in Indonesia, trade bans on products imported from the Netherlands etc. Sukarno did everything to drive the Dutch government to the limit. Together with the under performing New Guinean economy and local resistance made it clear that Netherlands New Guinea wasn’t meant to be for the long term.

Tensions reached boiling point in 1959 when a nationalistic government was created in the Hague. Cabinet De Quay was in favour of keeping New Guinea and it made it possible for Dutch conscripts to fight in colonies overseas. This policy made it easier to send troops to New Guinea, which lacked an army of its own. Meanwhile, Indonesia had developed an army which could easily take possession of the last bit of Dutch-possessed land if Sukarno wished. Still, he didn’t know for sure how the U.S.A. would react if he dared to make such a bold move. Communis opinio had it that the U.S.A. supported the Dutch cause in this matter….

This all changed in late 1960 and 1961 when the Netherlands sent its troops to New Guinea: it turned into a diplomatic fiasco and was an absolute failure. The sabre rattling probably caused the U.S.A. to shift its position about the issue. Kennedy wanted to avoid a second conflict in Asia at all costs. He thought that the Netherlands provoked Indonesia which lured Sukarno into communism. He could buy plenty of weapons in Russia…

In the end Netherlands New Guinea fortunately saw little fighting between Dutch and Indonesian troops and in early 1962 De Quay made it clear he would like to negotiate with Indonesia about the transfer of power. In the meantime a temporary executive authority led by the United Nations (UNTEA) would be in charge over the former colony. The Dutch left the colony on the 1st of October 1962, Indonesia took possession of it on the 1st of May 1963.

During the short existence of Netherlands New Guinea, it issued its own stamps- some of them were overprinted with UNTEA in 1962. Since not many Dutch officials lived in the colony and many of its native people were illiterate, its postal history is fairly unknown and real (non-philatelic) items are quite scarce. Especially covers from smaller towns and villages are sought after, as well as interesting locations to which covers were addressed. Most of them were sent from its capital, Hollandia, or Biak (airfield) to the Netherlands. Other destinations are quite rare. In another post I will tell you something about the cover below, which was sent to France!