“Kinderbedankkaarten” (Children’s thank-you cards) are a small collection area. These cards were cataloged and given a value in the 2016 edition of the “Speciale Catalogus BVPH”. There are cards in various categories, each with a separate print and circulation. The smallest edition was 250 pieces.

The cards, issued between 1958 and 1995, consist of three editions, cataloged with the letters S, C and B. S (for “scholen” or schools) have the largest circulation, the C (“comité” or committee) cards the smallest, while the B (“bedrijven” or company) cards have a somewhat larger circulation. 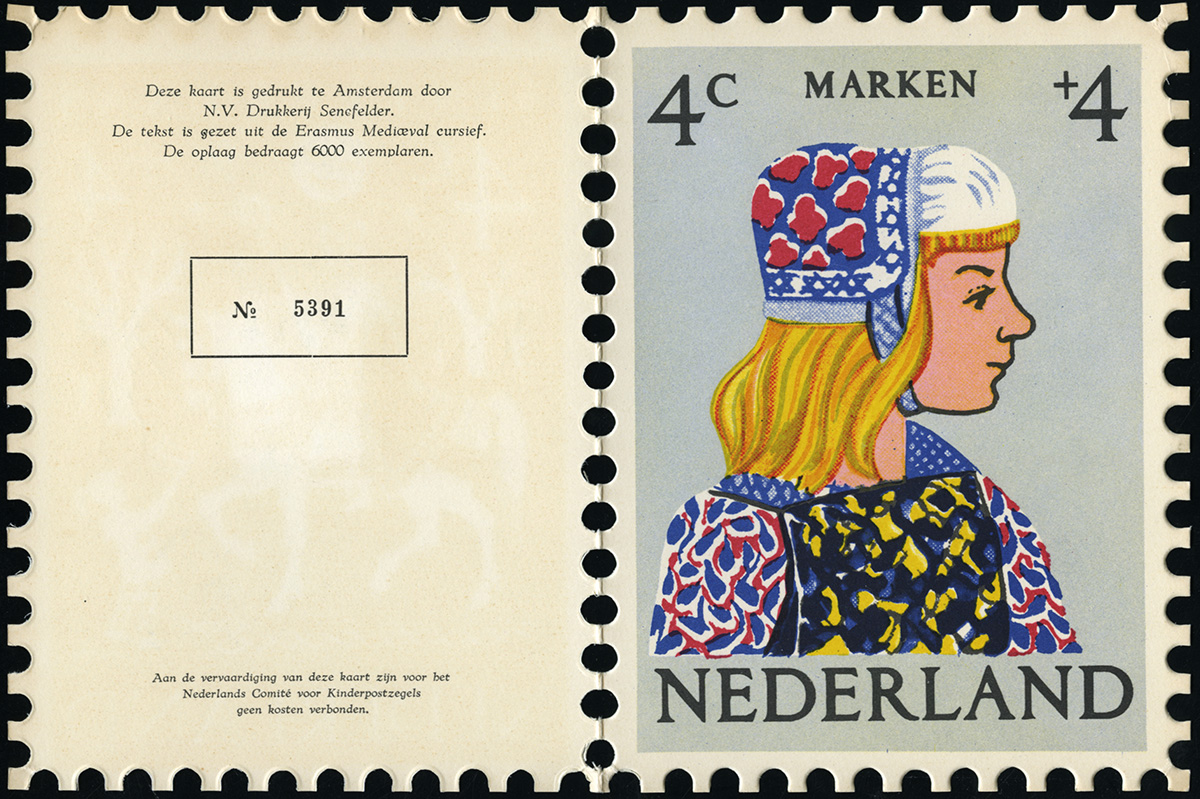 In 1960 no B card is mentioned in the catalog, yet it does exist as the picture shows. Number produced: 6000 copies.