The stamps of the Dutch colonies were always available at the office of the Philatelic Service of the PTT in the Netherlands and at philatelic counters at the post offices. Surinam became independent on November 25, 1975. This also stopped the sales of Surinamese postage stamps ​​by the Dutch PTT. 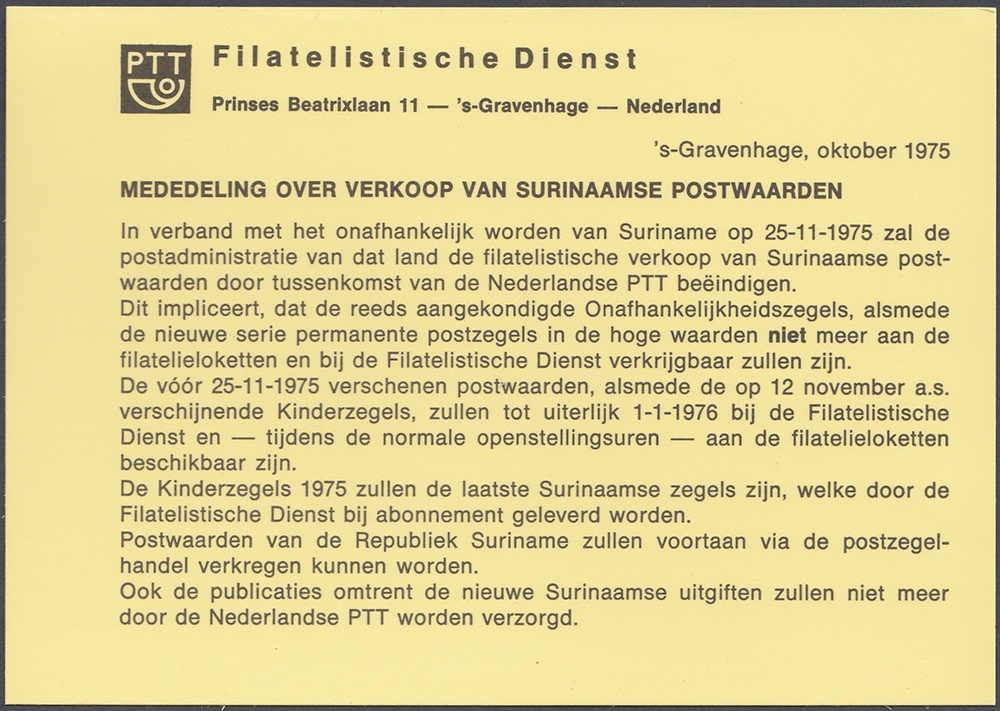 In October 1975 the Philatelic Service sent a card stating that the stamps ​​from Surinam issued from 25 November 1975 will no longer be offered by the Dutch PTT in the Netherlands. The already announced Kinderzegels (children’s stamps), issued on November 12, therefore after this card was published, would still be available for sale. However, on January 1, 1976, the sale of Surinamese postal stamps would stop completely.

Apparently either everything came as a surprise or different agreements had been made earlier. It is explicitly stated in the text on the card that the already announced series of Independence Stamps and high values regular/permanent stamps will no longer appear for sale at the philatelic counters of Dutch post offices.