This is a word in dialect from the region of Twente. It is the name given to craftsmen, mainly from the village of Vriezenveen, who tried their luck in the newly built city of Saint Petersburg (1703) and travelled to there between 1720-1730 to built up a business to earn money for the family at home. Vriezenveen was very poor and there were not enough possibilities to earn enough money. 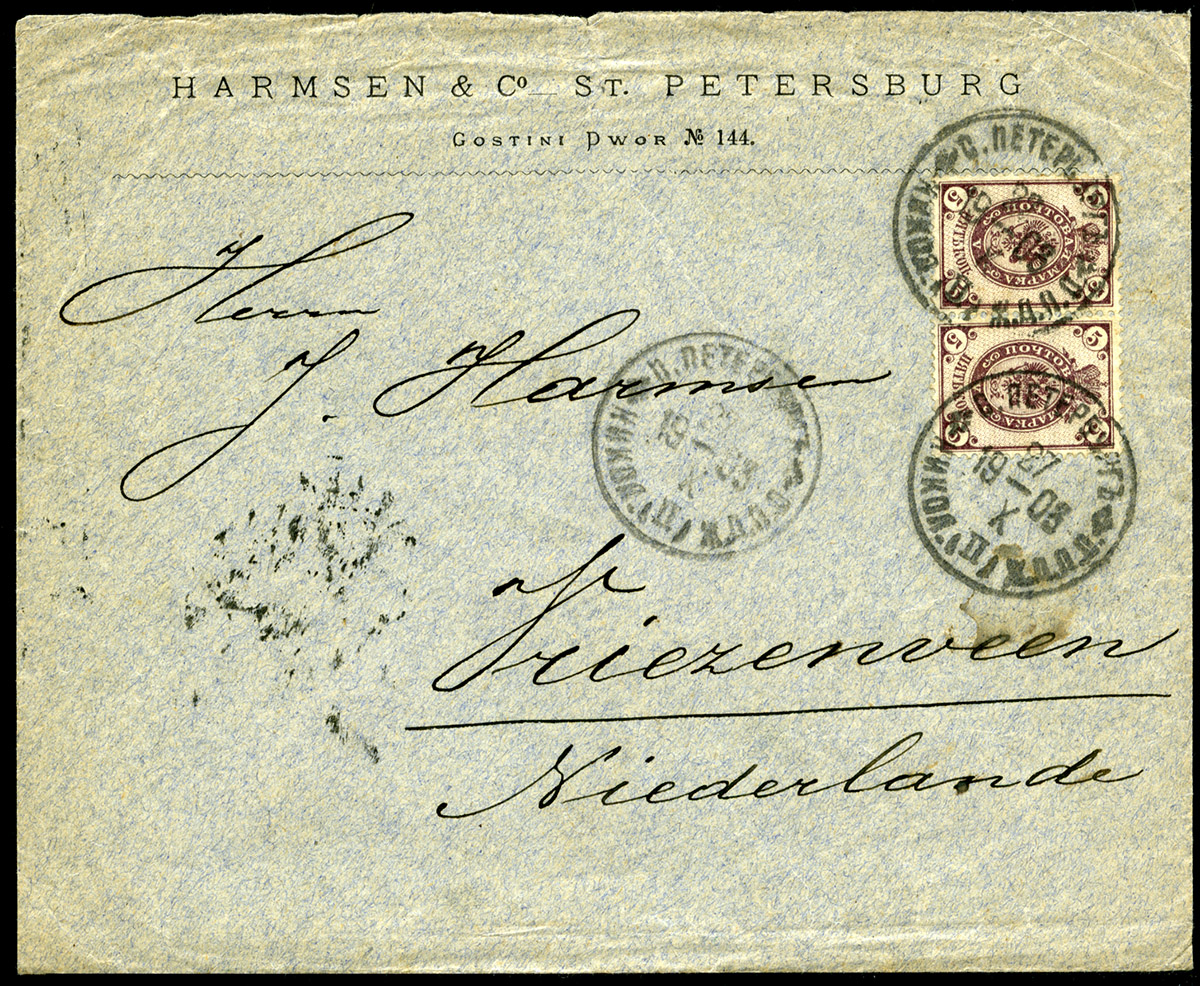 The cover (1903) shows very clearly the Dutch name Harmsen. Their business was in Gostini Dvor, one of the first department stores in the world on the Nevskiy Prospekt. Backstamped in Vriezenveen. 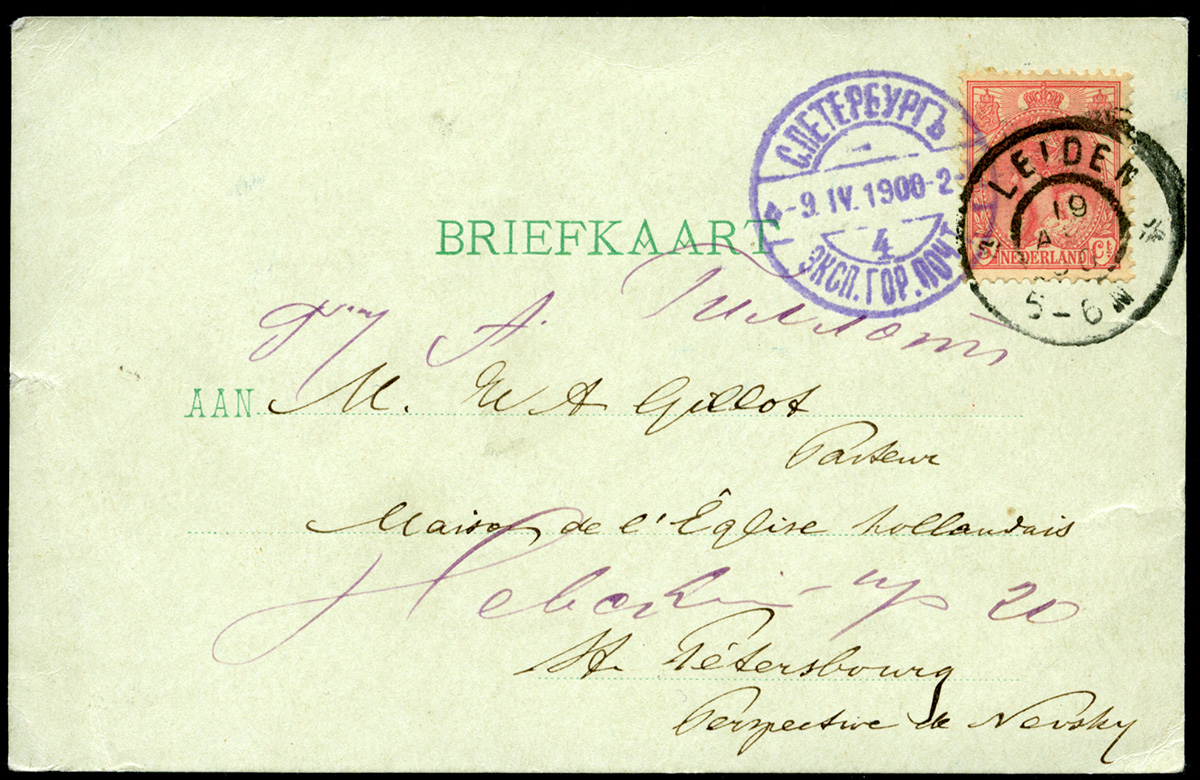 Postcard from Leiden to the pastor of the Dutch church in Saint Petersburg. Back stamped in violet with Zegel der Holl: gereformeerde kerk/Te St. Petersburg. 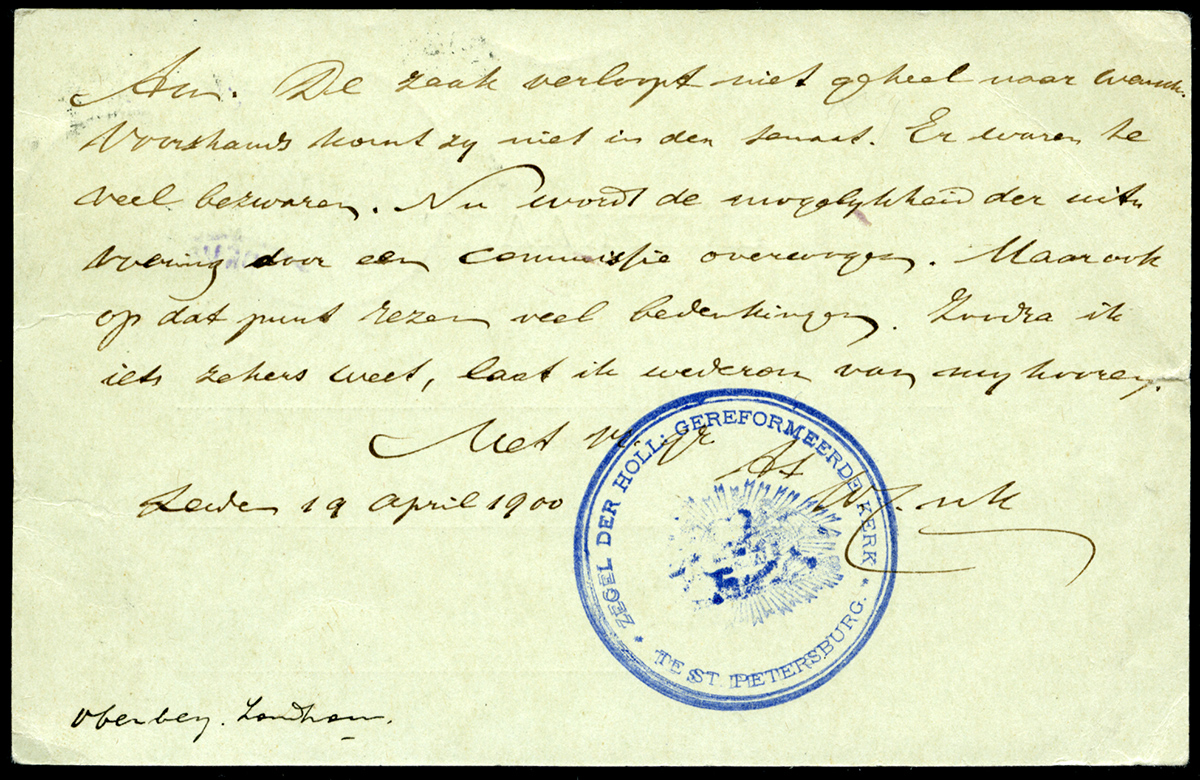