This is not a very scarce item in general. You will find it from time to time, but not very likely in the philatelic world. This because the majority of them are in a very much used state and due to the soft cover damaged. Also the contents are in general not spectacular as it was an album for children and mostly stamps are roughly taken out. So, in general you can find it in old bookshops and second hand stores.

The one shown here is however in an extremely good condition, as well from the outside as the inside. But that’s not all! Also the original envelope in which it was send has survived. It is not ‘just’ an envelope, but richly illustrated with ‘Sinterklaas’ and the name of the artist is on it: André Vlaanderen (1881 – 1955). 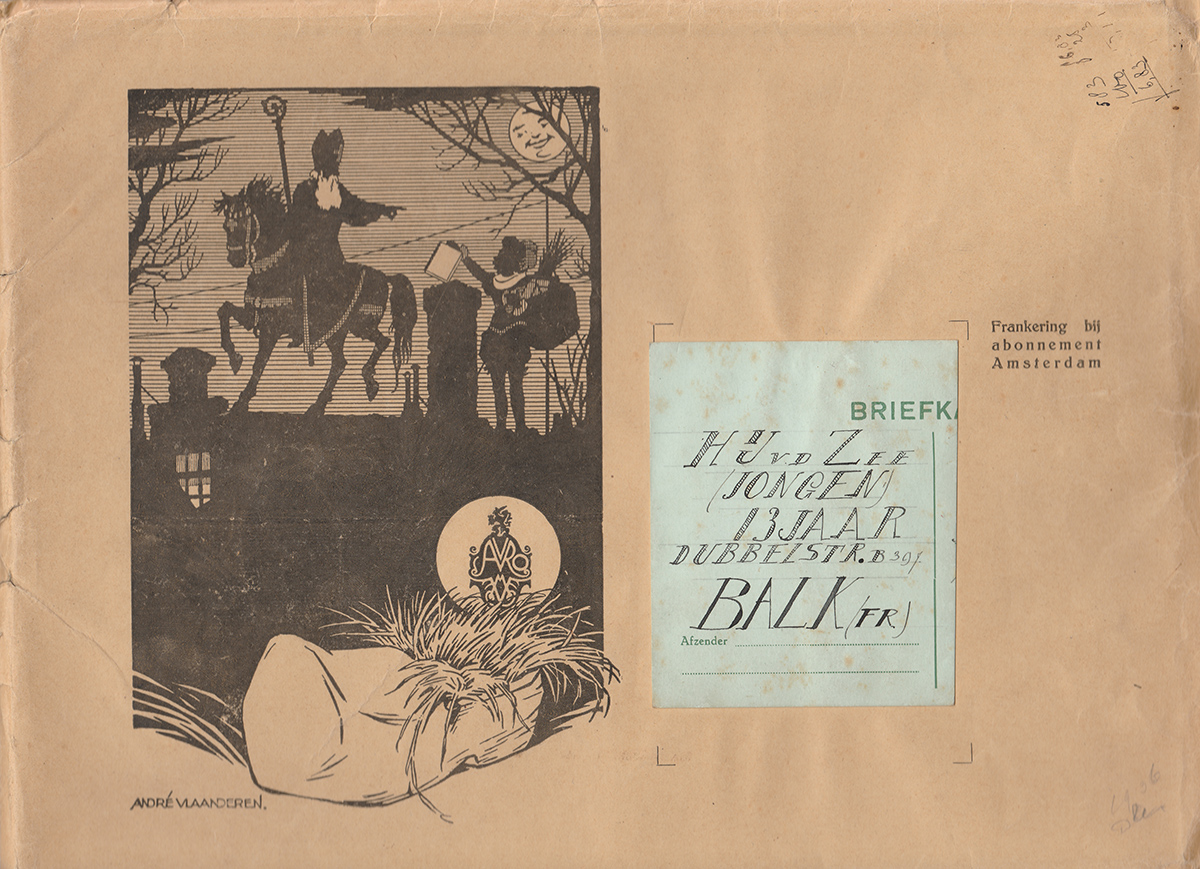 So, now we know who was the designer of the album, which was at that time (1936) very much ahead with all stamps illustrated and not only one stamp of a set. Also the quality of the pictures is very high class. 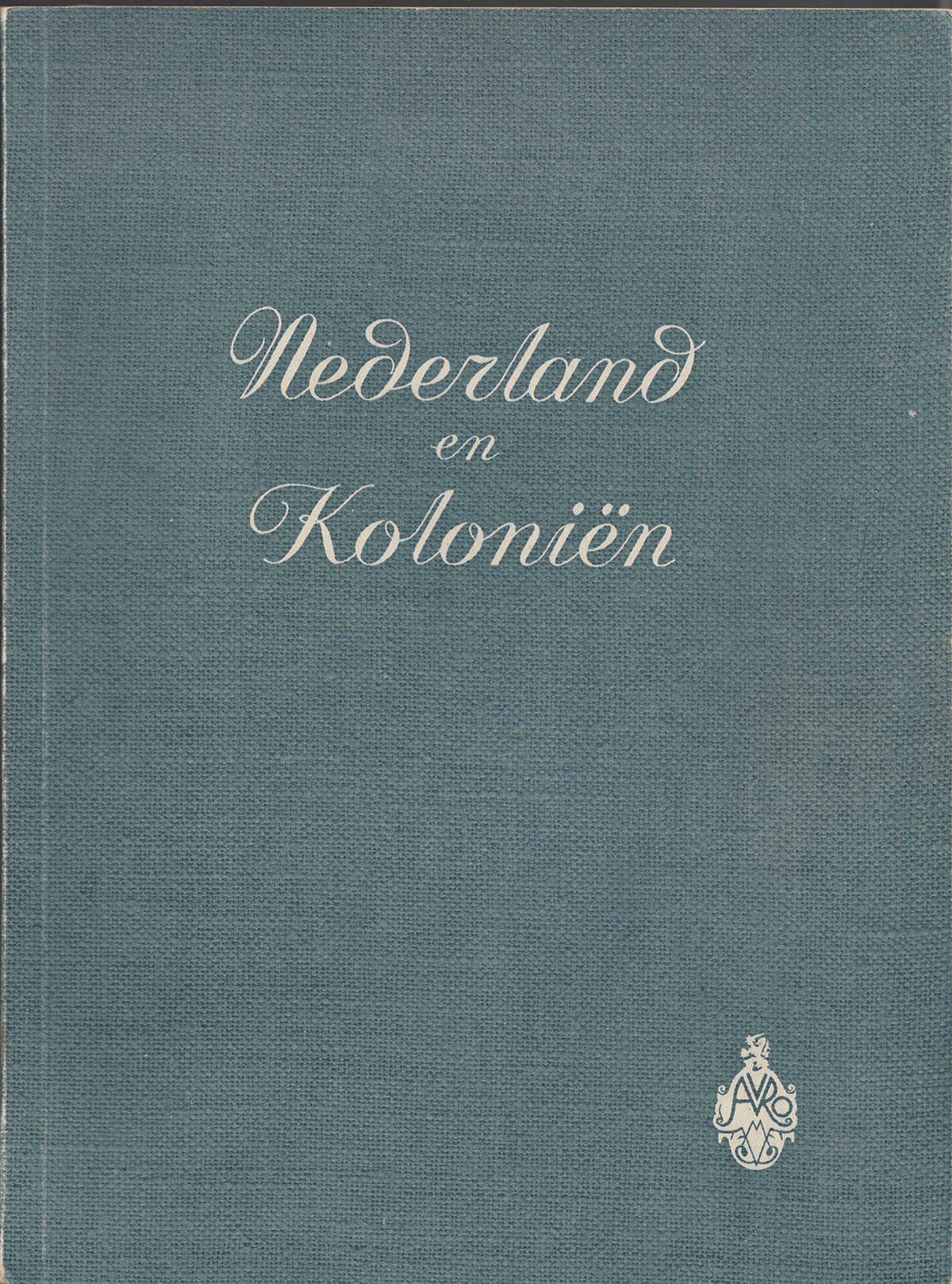 The preface is also of interest. Collectors of for instance matchbox labels and cigar bands are set aside as losers, collectors of worthless papers. The price of the Mauritius at that moment was 2.400 guilders. And, collecting stamps was not for girls. 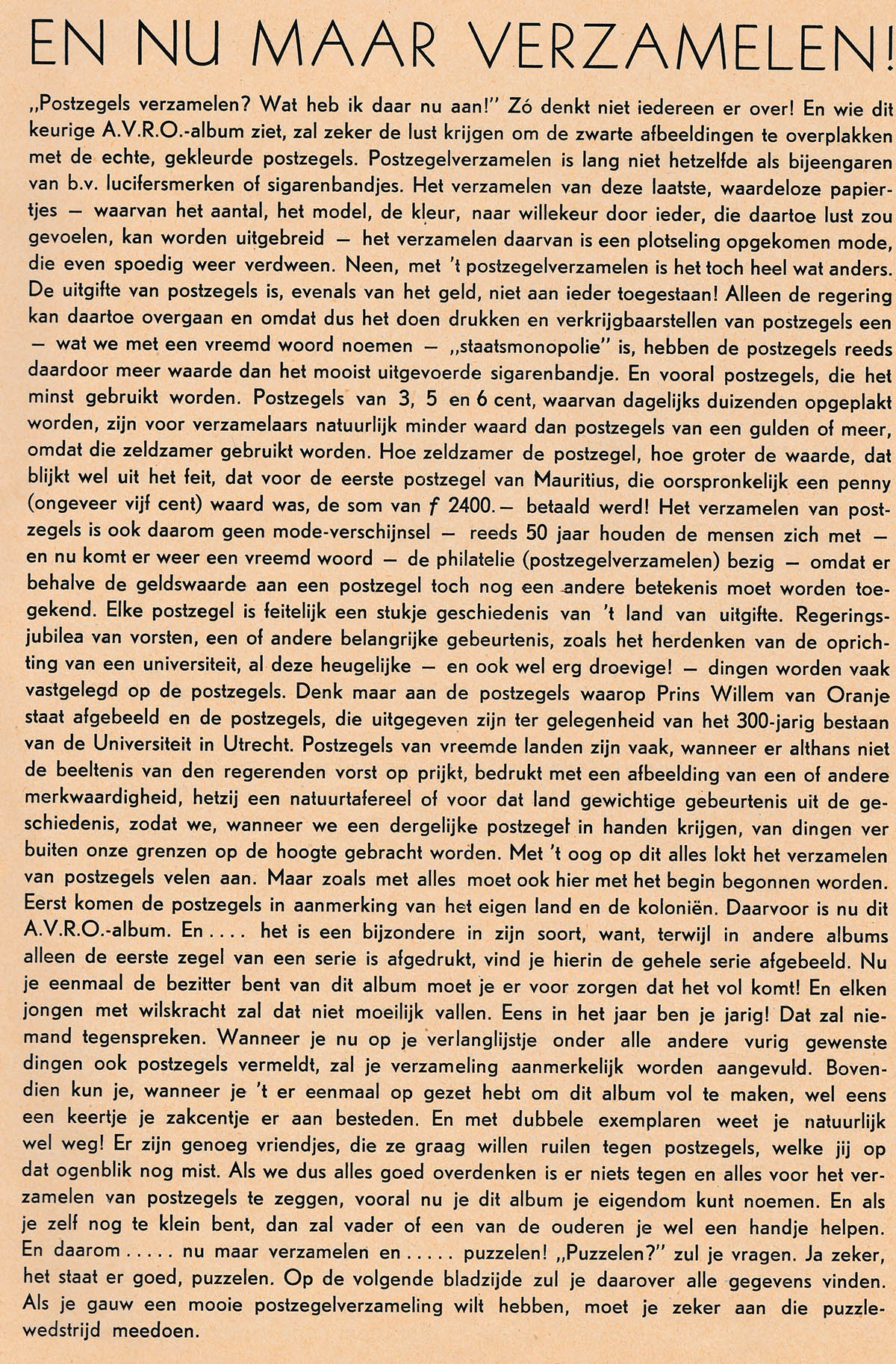