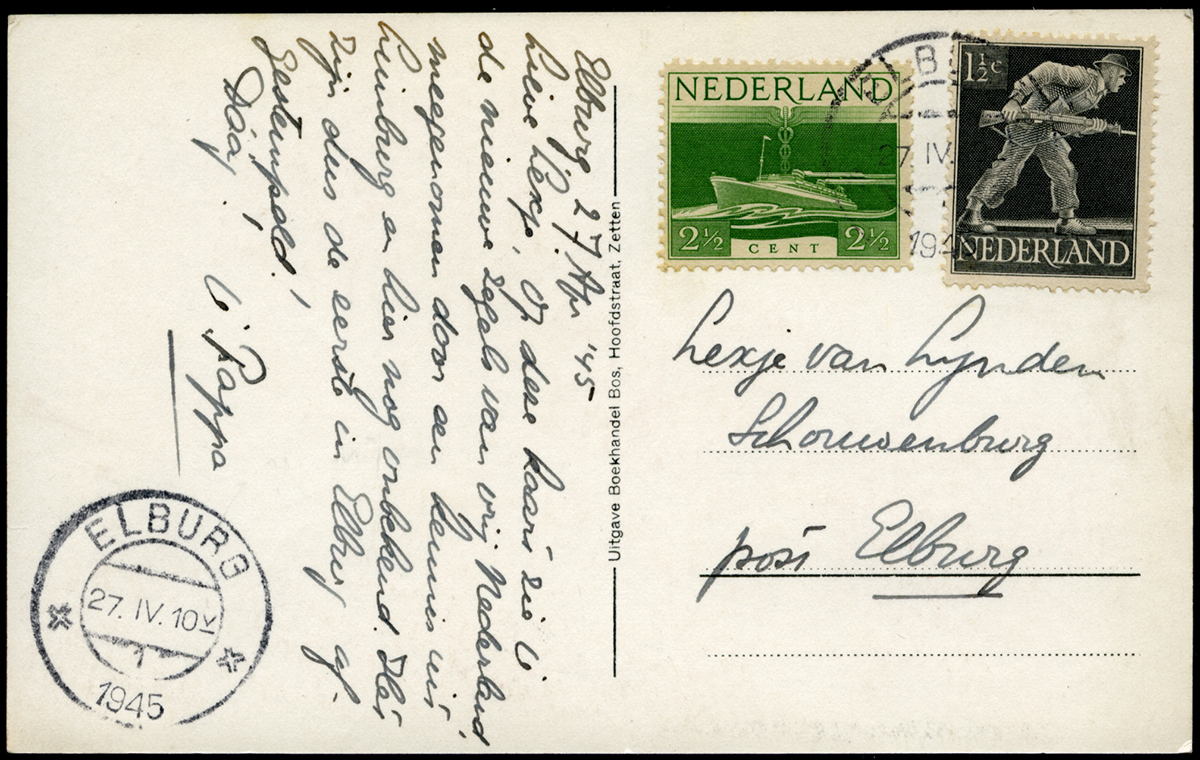 Elburg was liberated on the 18th of April 1945. The new stamps were not available yet. The writer of the picture postcard writes (27.4.1945): ‘Op deze kaart ziet U de nieuwe zegels van vrij Nederland, meegenomen door een kennis uit Limburg en hier nog onbekend. Het zijn dus de eerste in Elburg afgestempeld’. Translated: “This postcard has the new stamps of the free Netherlands, taken along by an acquaintance from Limburg and not known yet here. So, these are the first once cancelled in Elburg.”