At last in 1952 Finland got to organize the Olympics. Originally this was to have taken place twelve years earlier in 1940, but the 1940 Olympics were cancelled due to the start of the Second World War. 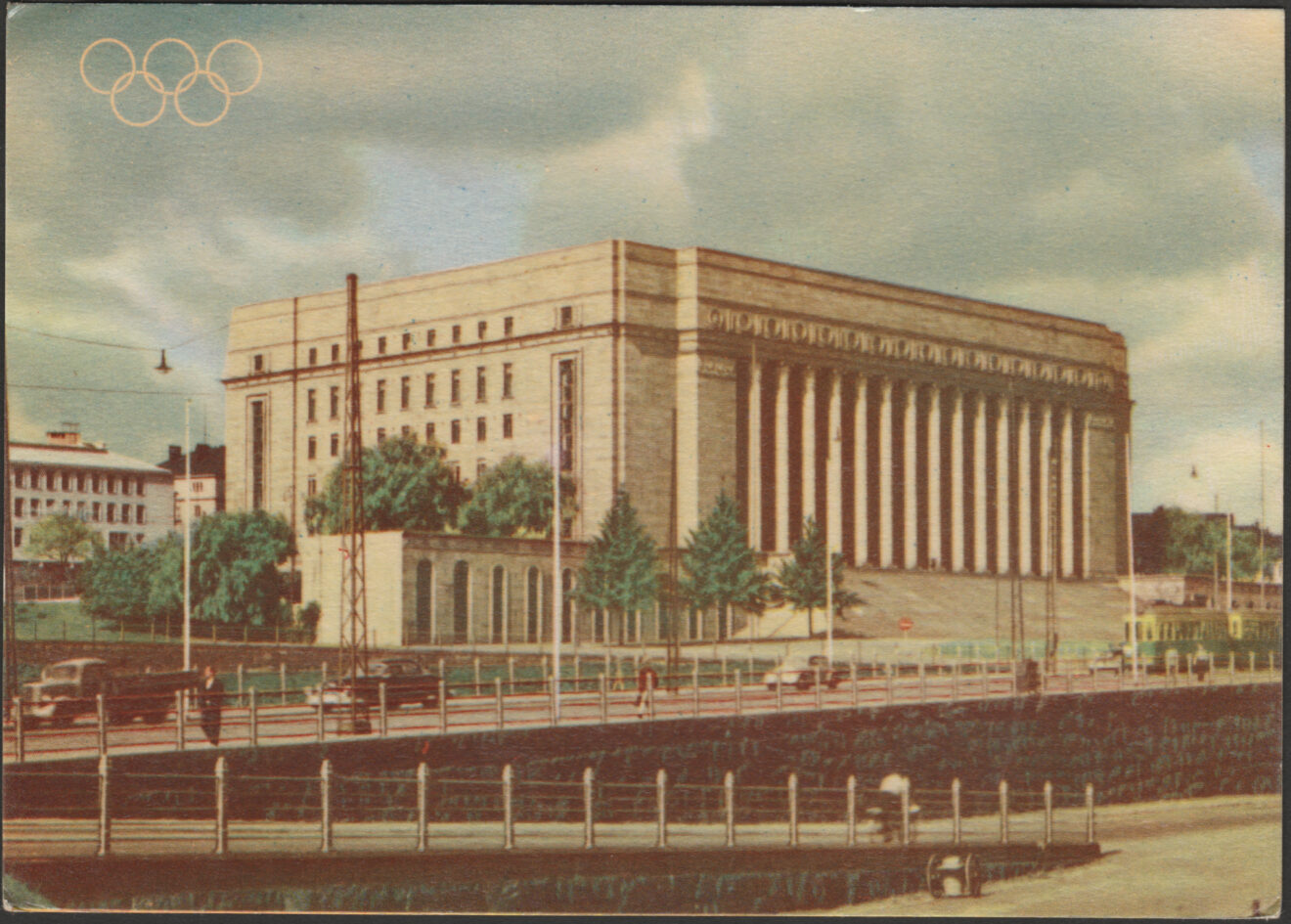 At the Helsinki Olympics the Netherlands was active in 14 sports, including athletics. The Dutch team consisted of ten people: five men, five women.

The ladies team sent a special Olympic picture postcard showing the Parliament House on Olympia-Kuva Oy 6 in Helsinki. The card is postmarked with the special Olympics machine cancellation and was sent to the Netherlands on 18 July 1952. The card was therefore mailed one day before the opening of the Games. 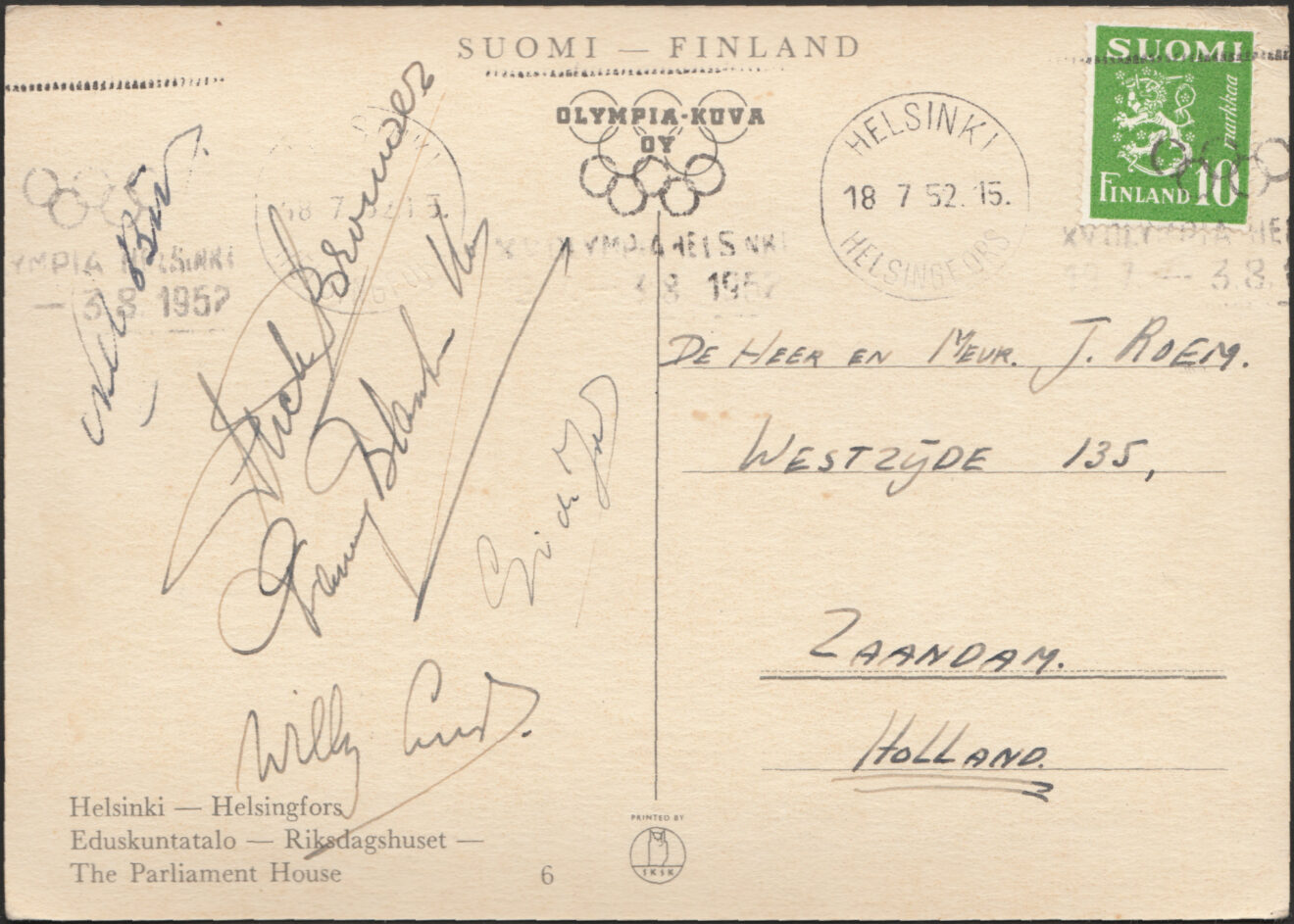 Before sending the card had been signed by the complete women athletics team: