Nowadays one can only dream about the ‘Elfstedentocht’ (eleven cities tour). This major skating event started in 1909 and leads along eleven cities in the province of Friesland with start and finish in the provincial capital Leeuwarden. The tour is almost 200 km and one has to be well trained. Also because of the huge number of people (from all over the world) there are very strict safety regulations regarding the strength of the ice.

Due to the warm winters a new edition is (and maybe even will be) a rarity. The last tour was as long ago as 1997! And every year when the frost starts, lots of people gets the ‘Elfstedentocht-fever’, but unfortunately fever not for a very long time. 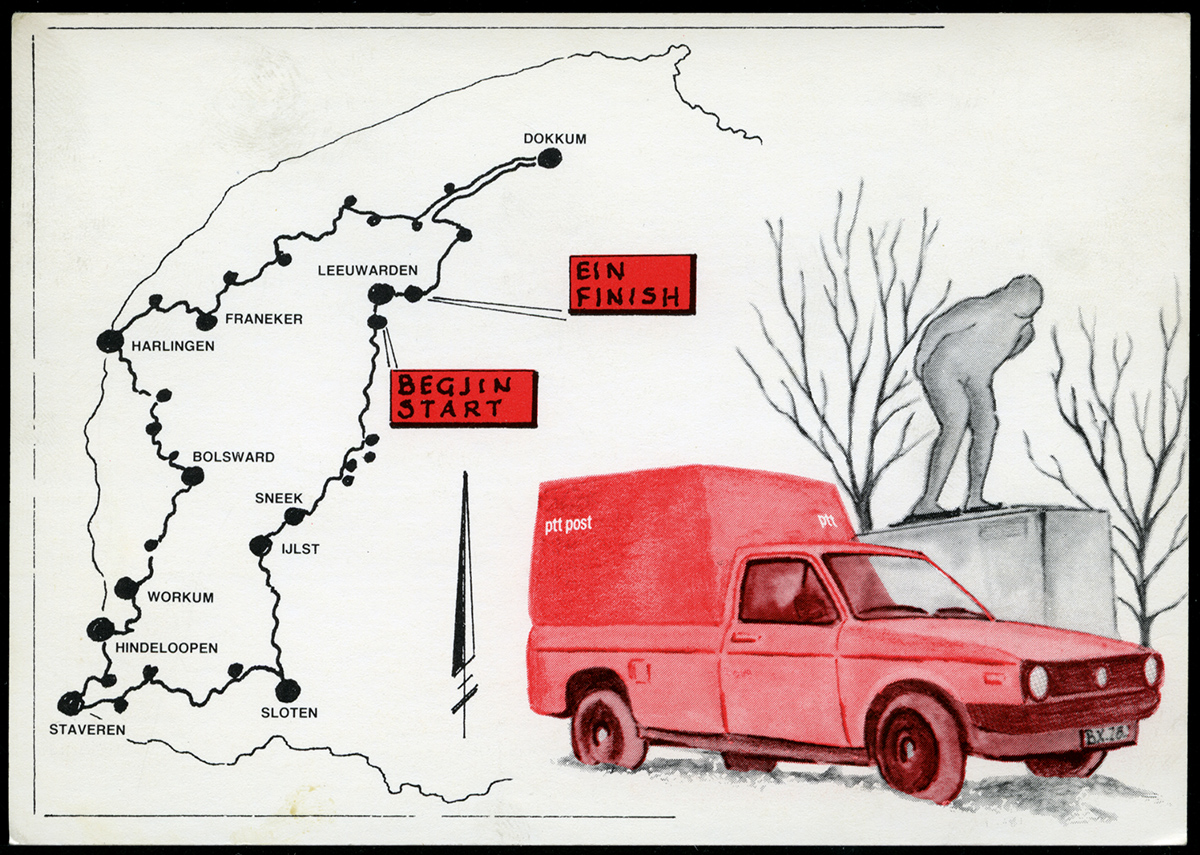 All kind of companies try to earn something when there is an Elfstedentocht. Also the Dutch post office, like this postcard from 1985 with a map of the route and start and finish points. Also the postage was offered by PTT-Post (Dienst/PTT/(geen/postzegel) and the postmark Leeuwarden 21.II.85 was already printed on the card. In this case Bart Wiersma is saying that he completed the tour. Started at 7.00 hrs and finished 16.45 hrs. 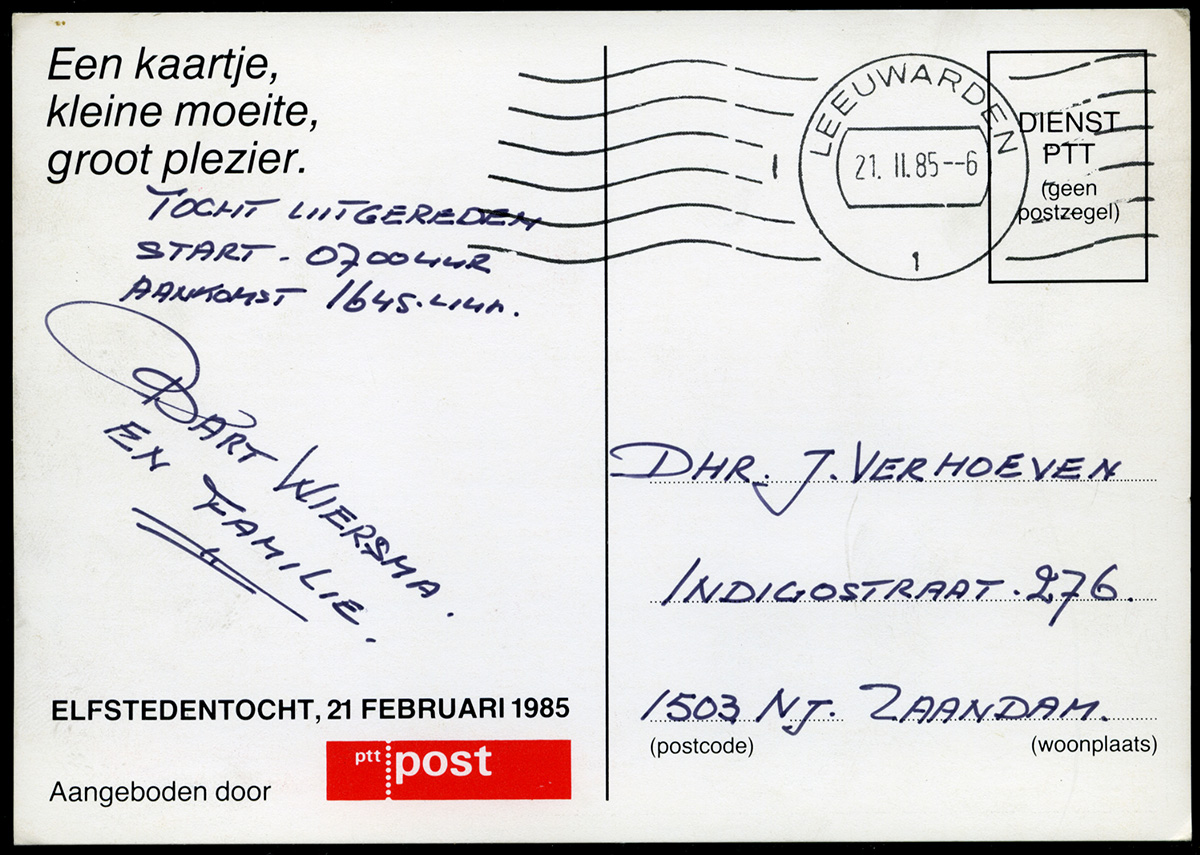