Many Dutch (mainly) young men were in World War Two forced to work in Germany especially in the (war) industry. One of the worked for the pistols factory Mauser-Werken in Oberndorf (Neckar). The letter was sent by his father from Winsum (Gn.) 19.3.1945.

It came back (label Retour Afzender/C 103A) to Winsum on 1.8.1945, so after the liberation. It has passed the Dutch censor (brown tape). This cover is a so called Überroller. 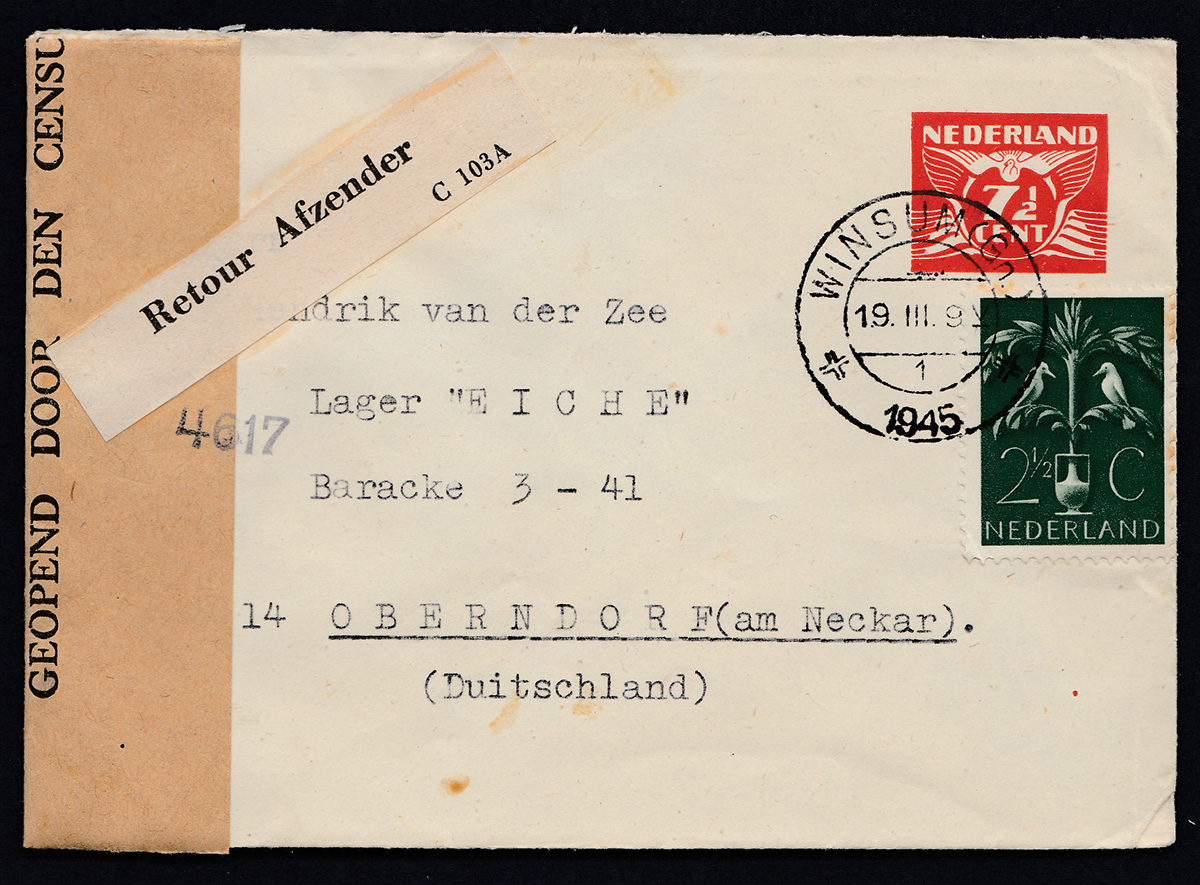