Between 1935 and 2011 the Dutch postal service issued a set of charity stamps each summer for ‘social and cultural purposes’. These stamps were sold at a premium over their actual postal value and feature a so-called ‘surtax amount’ (recognizable by a plus sign +) From 1993 onwards the surtax amount was reserved for the Dutch National Foundation of the Elderly.

In 1980 Ger Dekkers was asked by the Dutch P.T.T. to design the ‘Summer stamps’ of 1981. His work was (and is still!) lauded for its clear landscape photography, ranging from realistic/true to nature photography to almost abstract photo-series of landscape elements. This last category let us experience landscape differently because of Dekkers’ alienating fashion of capturing large scale agriculture, flood defenses and the famous Dutch polders. I have to admit that his 1981 stamps could be definitely labelled as ‘alienating’, since his photo’s draw you into the stamp itself! The vanishing points in the photographs add greatly to this effect. 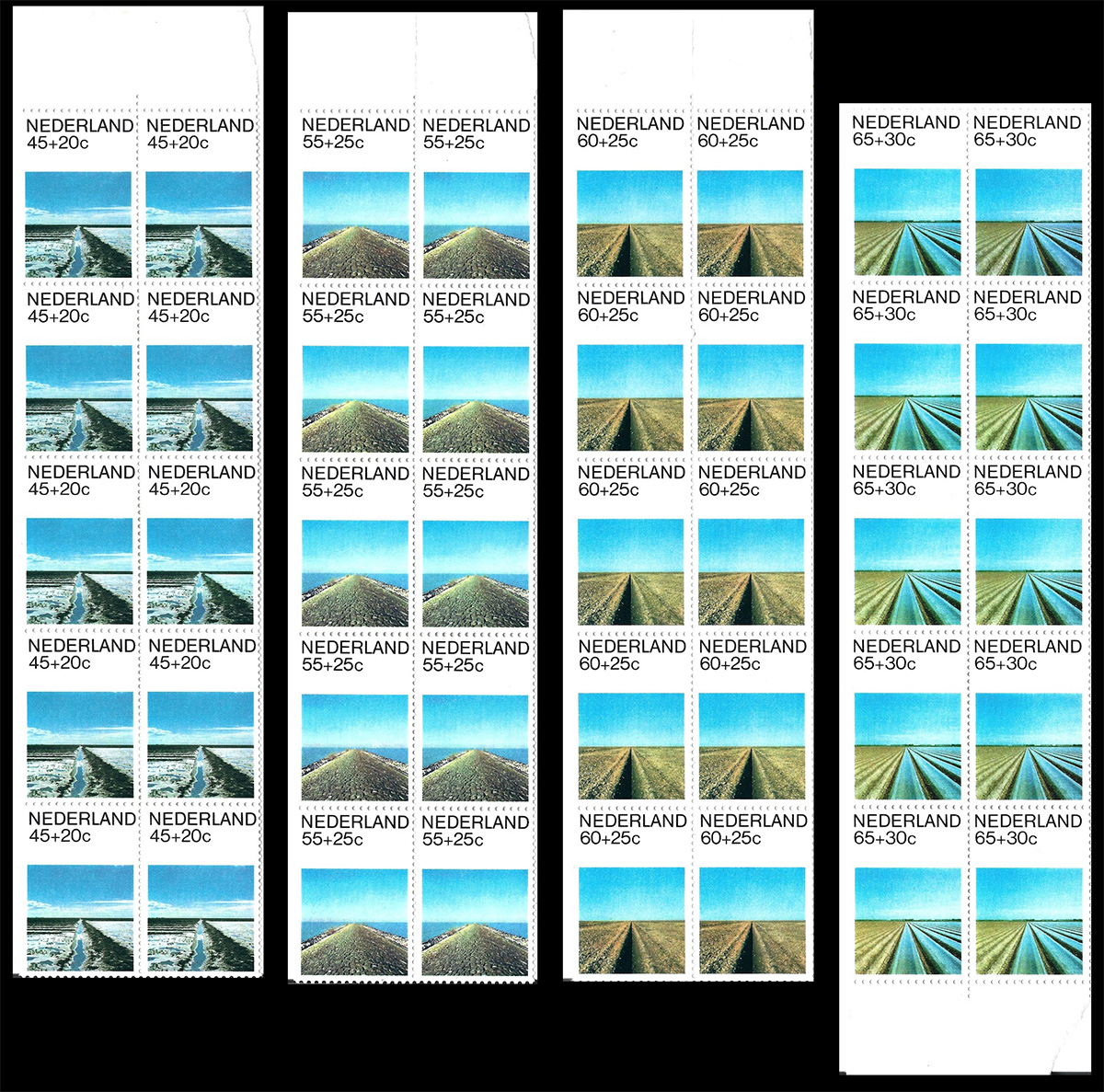 So – in my humble opinion – these stamps should be considered as one of the most successful stamp series in the Netherlands since WWII. Simple, plain, sharp, very effective and even alienating. It’s a pity they were not printed in a larger format, as they remain just to small to let an ordinary user of these stamps fully experience them.