I’ve seen hundreds if not thousands of Princess Wilhelmina stationery cards and I only acquire these cards when they are of interest for my special collections. This particular card though is different, but I am still in doubt why… It probably has something to do with the enigmatic message on the reverse and the addressee.

The card was sent from Utrecht on the 21st of September between 8-9 a.m. and arrived in Antwerp the same day between 6-8 p.m. Apart from the marvelous engraving of princess Wilhelmina, the Dutch coat of arms adorns the card.

The message on the reverse is very simple: “Amice, Please preserve this for me. H g.” A very intriguing text but alas the answer part of the card has been lost, so we might never know why the sender wished to keep this card…

The card was addressed to Albertus Antonie Nijland (1868-1936), a Dutch astronomer who was known for his sightings of so-called variable stars. A crater on the moon has been named the Nijland Crater in honour of him. 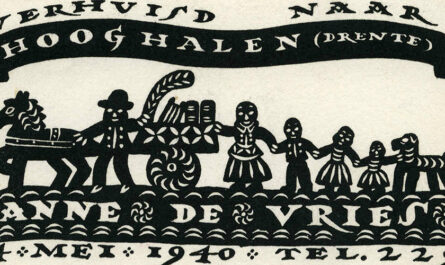 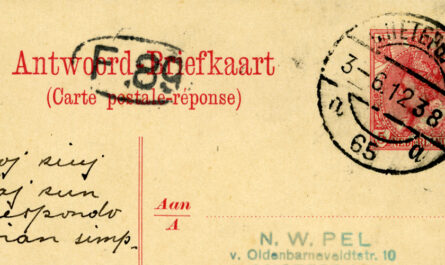 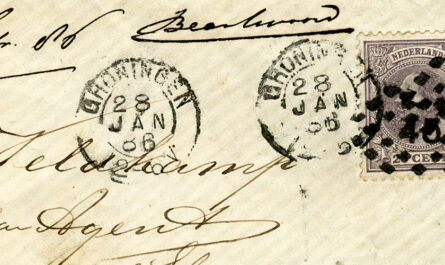